skip to main | skip to sidebar

Brent, the boys and I went to Livingston Park today and walked a bit. It was such a beautiful day we didn't want to stay in! Here's Jacob sporting his new haircut. Yesterday was his first visit to a barber shop!!! MAN do they know what they are doing. Brent and I are done cutting hair! LOL It's been a shaggy mess around here with the boys and not having my mom here to cut their hair. :) Nathan and Brent. Nathan's favorite thing lately is to "Ride up top"! He likes it best on Dad's shoulders....he can see forever! We came upon this tee pee in Livingston park on one of the side paths we took. Someone has been there. Dunkin' Donuts cups, a pair of shoes and some beer. Come on...what else could a person need in a tee pee?!? Jacob snapped this shot of Brent and I inside the tee pee. As we stood there looking around it kinda felt creepy... like I had snuck into some one's home and was snooping around. After the park, Brent went to Band Practice (yep he found a band and we call it band practice, just like knitting practice. haha) and the boys and I went home. Before going home we stopped off to buy some sidewalk chalk. Nathan went down for a nap and Jacob and I got to Arting!! What fun. We started out decorating rocks with the chalks but then Jacob went and got some coloring books and I found Elroy Jetson and just had to draw him! Jacob decided he would draw some evil lady villain out of the spider man coloring book. Her Hair is attacking Elroy!! OH NO!! What will happen next?!? (singing)Spider man, spider man does what ever a spider can. spins a web.... (end singing) TAA DAAAA Enter Spider man to save Elroy! Can you tell the imagination was working well today?? :) In the end, Elroy was ok and Jacob and I decided that we had to have the coolest driveway in town!! Now to think of what to draw next time! :) Your men are all so handsome. I love the one of you guys together too.

The driveway definitely is STYLIN!

What a fun time! I think it was impossible to stay in today!

Nice Elroy! I remember being so relieved when I could get the boys' hair cut at the barber's, but then they looked sooo grown up! Yours are adorable :) Great park pix - such a beautiful day.

If it had been dark, it would have been creepy like Blair Witch.

Great pics...looks like you had tons of fun with the chaulk and on your walk!

Hi
Loved the pictures. Jacob's cut looks really great. I'm glad he went to the barber:-).
Jacob is a photographer and artist and Mom's picture not too shabby.
Nathan is handsome as ever. (Brent too)
Love, Mom

You guys are just so creative! Sounds like everyone made the most of the beautiful weather.

LOL reading your comments and i'm thinking WAIT i haven't commented here.. why is my name listed.. LOL forgot your mom is Loretta also.. its 5 am bear with me *smile* 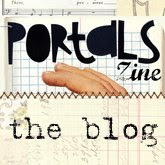